I took a trip to Chicago recently. I was curious to check it out, because I had read various things about how the former Mayor, Richard Daley, had revitalized the city by going green. 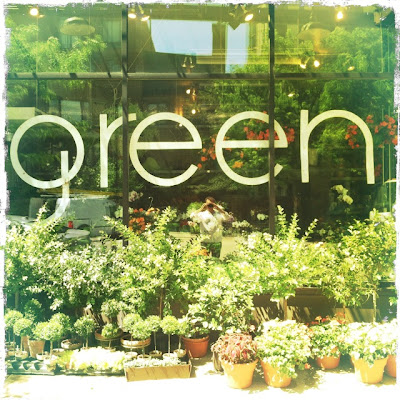 Our hosts in Chicago told us all about the Green Exchange, a lamp factory-turned green economy hub. And green roofs were visible from the Hancock Observatory. Apart from these brochure-ready projects, there were some real changes to the city landscape. First of all, there were hellla trees, many of them young saplings still filling out. It definitely softened the "concrete jungle" image I had of Chicago. 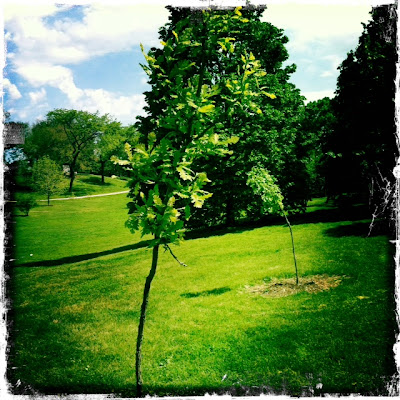 Apart from that, Chicago had some nice things going for it that made the city more liveable and more functional. Oakland could stand to learn a few things. I'm not talking about skyscrapers and massive public works that only a big city can take on, I'm talking about little things. Things like a conspicuous lack of goose poop. 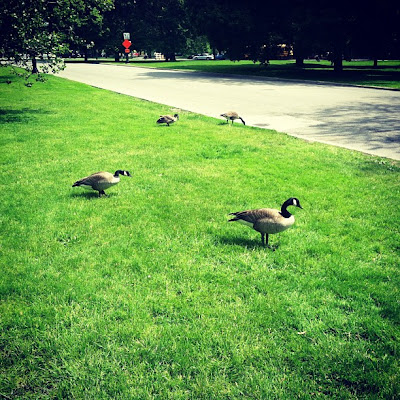 Yes, Chicago has Canadian geese just like Oakland. But unlike at Lake Merritt, the park actually puts up "don't feed the wildlife" signs. Between that and the subzero winters, the goose population seems to stay at a manageable level. You could actually imagine yourself sitting down on the grass! 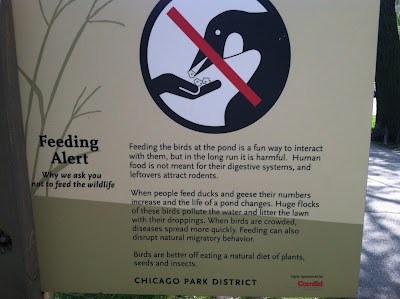 A nice detail that made getting around easier: each bus stop has a unique code that you can text to a transit authority number. You get an instant response back that tells you how many minutes away the next bus is. And it's actually accurate! I used this feature approximately one hundred million times on my trip. It's amazing how much better the whole bus-riding experience becomes when you're given a little more information (and therefore control) over the process. It's a simple, cheap innovation that doesn't require smartphones or electronic billboards. 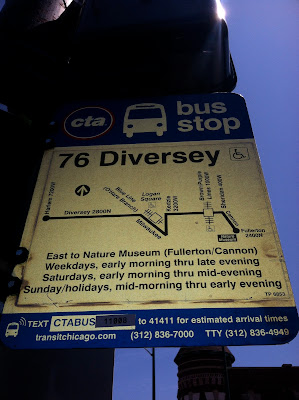 And then there's Millennium Park. I've devoted a blog post or two about public works in Oakland that were constructed at immense cost, yet are either irrelevant or actively harmful to the life of the city (Jack London Square, Middle Harbor Shoreline Park, West Oakland BART, etc.)  Millennium Park once appeared to be doomed to a similar fate. It was built way behind schedule, with massive cost overruns. But nobody cares about that now, because it turned out to be a huge, transformational success. I'm not quite sure what the lesson to be learned here is, but it's something like: if you're going to blow a whole bunch of money on a massive public works project, you damn sure better knock it out of the park. So to speak. 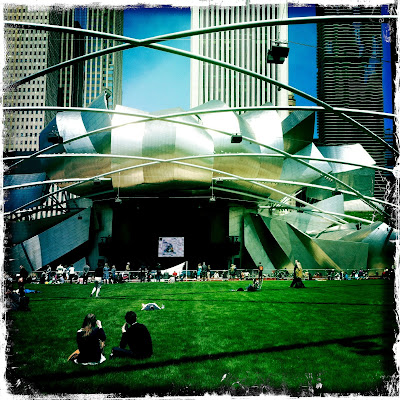 Yeah I agree it is really cool. The mellenium bean especially but what I enjoyed about mellenium park(aside from it being the only place with a public bathroom) is how much artwork there is for the public and how unique it is. Chicago is the shit! Not only is there transit system more extensive then our BART but their trains run all night in the subway!