I went to the third planning meeting for the Estuary on June 18th. It was an "open house" style format, with little presentations set up on boards like in my 6th-grade science fair. I learned some interesting facts--did you know only 1,000 people live in the Estuary area?--but I didn't take notes, so no blog post. Supposedly the next meeting is where the rubber meets the road. Apparently people are going to sit down and try to create their own master plan for the area. It's from 9 am to noon on July 11th at the Beacon Day School, 2101 Livingston Street, so please come if you're interested.

In lieu of yammering on about the Estuary, I thought I would take it back to the old school with a book report. I just finished reading 722 Miles: The Building of the Subways and How They Transformed New York, by Clifton Hood. It was pretty good, and gave me some insights into transportation issues. It seems like everything these days is high-speed rail this and bus rapid transit that, so it helps me understand these issues by getting a little historical perspective. Here's what I learned:

--The goal of the subway was to reduce density. 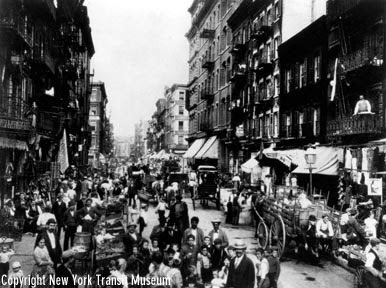 Parts of lower Manhattan were among the densest on Earth before the building of the subway, causing outbreaks of disease and other problems. The progressive citizens of that day wanted to disperse the population as much as possible. (Indeed, it seems that through much of history, overcrowding has been a much bigger problem than sprawl.) The subway was seen as a means to such dispersal. How ironic that today mass transit is seen as a way to create density.

The subways were much more popular, profitable, and successful when their goal was dispersal. For one thing, they had a guaranteed market of teeming masses who looked to the subway as their ticket to freedom, out of overcrowded tenements and into gleaming new homes. For another, they had real estate on their side--the opening up of new land to development allowed real estate speculators to make a killing. Nowadays, the real estate industry often opposes public transit because it raises property taxes. And as we know well by now, cars are an easier way to disperse the population.

--Rate increases aren't the worst thing in the world.
When the first New York subway line opened in 1904, the fare was a nickel. Over time, the public became so attached to the nickel fare that the rates didn't change until 1948. Politicians won elections for decades by promising to preserve the nickel fare. Meanwhile, the subway went from a profitable, self-sustaining operation to a run-down system that had to go begging for subsidies.

AC Transit is increasing its fares on July 1st, from $1.75 to $2.00. I know that that will be a hardship for some people who rely on the bus, including myself and my girlfriend. However, fueling, maintaining, and insuring a car is still many orders of magnitude more expensive than public transportation, so I think a little perspective is needed.

--Public-sector employees are sometimes overpaid.
This is heresy for me to say, considering that I come from a family of underpaid public-school teachers. But once the New York subway became publicly owned, labor costs did shoot up and damage the subway system financially. Hood writes that during WWII, "even though revenues remained high because of the heavy wartime traffic, subway costs were escalating, primarily due to transit workers' wage increases. From 1941 to 1945 wages rose 27 percent, and labor's share of total operating costs went from 54 percent to 63 percent" (p. 247).

This is a tough one for me to swallow. Of course I feel that bus drivers and train operators deserve a decent living, and I'm generally pro-union. But I'm more open to the argument now that public-sector agencies make concessions to labor more readily than a private enterprise would, due to the fact that it's not "their" money to give away. I don't necessarily think BART or AC Transit employees are overpaid, but many government jobs do seem to pay higher and provide far more generous benefits than comparable jobs in the private sector. For a perpetually underfinanced area such as transit, that's a problem.

--There has always been a tension between two competing visions of the transit network: transit as a business enterprise versus transit as a public utility.
Transit gets hammered from both ends on this. When the New York subway was privately run (by IRT), people loved to bash it for only caring about the bottom line. It fought expansion because it was content to keep making money on the busiest routes. Similarly, it preferred obscenely overcrowded trains to manageable ones. And of course, the private IRT worked hard to bust unions, keep wages low, and exploit workers. Basically, the subway was criticized for failing to serve the public good.

As a public utility, transit gets knocked from the other end of the spectrum. Conservatives heap shame upon transit for requiring subsidies through taxes. Farebox recovery rates, a business metric, are the standard by which all transit is judged. And transit employees are criticized (sometimes with reason) for being overpaid. It would be nice if we as a society had some clarity about what the standards are for transit. Do we care most about maximizing ridership, or ensuring operating profits and self-sustainability? Is transit a basic utility, like trash pickup, or a business?

There's also a third paradigm available: transit system as prestige piece. This concept is basically foreign to American transit systems. As the author writes, "unlike the London, Paris, Berlin, Moscow, and Tokyo metros, New York's subway had not been conceived as a national showcase and did not receive extra funding for reasons of prestige" (p. 250). 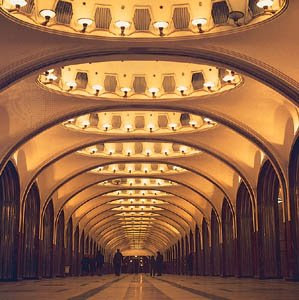 The Moscow subway: the upside of totalitarian dictatorships.
It sounds nice to dream of the day when money is lavished on BART and AC Transit (ha!) as a matter of regional pride. But then I think of the Oakland Airport Connector "blingfrastructure" project and think, ew. Basic needs first. 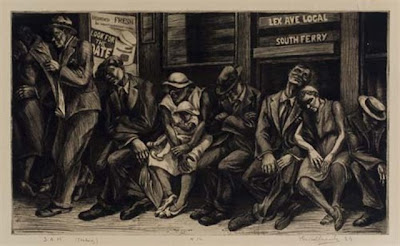