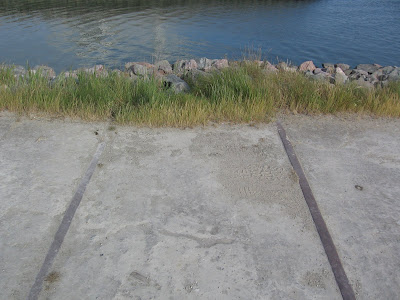 No book-length post from me this time. I just thought I'd share some pictures of the defunct railroad tracks littered throughout West Oakland. 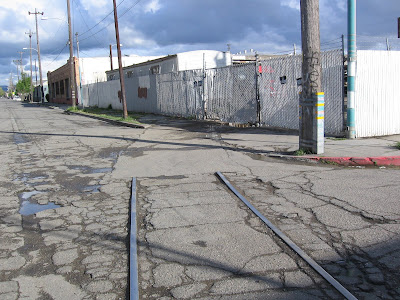 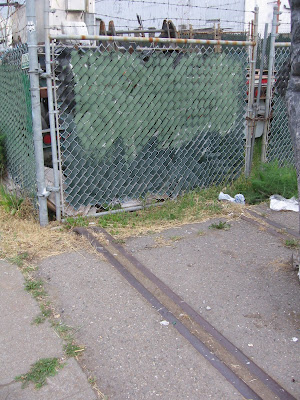 It doesn't make any sense, the millions of shipping containers passing through the Port, the daily lineup of trucks idling on Maritime Road, and the train tracks slowly rusting away like the ruins of a lost civilization. 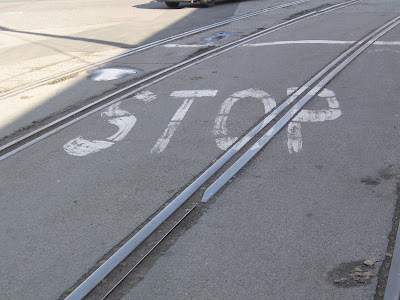 I've heard people say that there are problems with rail, that it's too inflexible, that the "first and last miles" are a logistical challenge, that freight only makes sense for bulky industrial products. I just don't buy it. If we really prioritized rail, and stopped subsidizing freeway construction, none of these problems would be insurmountable. I recently came across a fascinating interview with Michael Dukakis, of all people, talking about this subject:

"In Massachusetts, the governor wants to build a four-mile light-rail extension using existing right of way [tracks and property that are already in place], and it's going to take six years to complete. How can that be? Chinese and Irish immigrants were laying four miles of track a day on the transcontinental railroad, and that was in the 1860s."

The transcontinental railroad had its terminus point in Oakland, reshaping the city forever. Both the black and Chinese communities in Oakland grew out of their connections to the railroads. (The mostly black Brotherhood of Sleeping-Car Porters union had a chapter in Oakland, while the Chinese of course built the railroads.) The character and visual layout of Oakland was determined largely by the existence of streetcars and passenger rails. Sad to see the means of all that history turning to weeds. 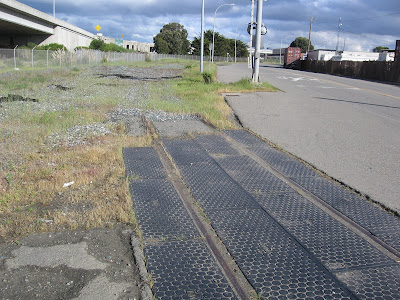 Evocative set of photos. The marks of older times are all around us, like the street alignments and sidewalk stamps. We need more vision among our leaders to match a supportive citizen movement.

The Dukakis quote is really telling about the influence of highway interests.

I'm not sure what you mean...explain more.

It's the distance that freight has to travel just as much as the bulk weight of the product that affects freight rail viability - the costs (and emissions) associated with loading and unloading product at heavy rail termini is massive and only really makes sense for long-distance hauls. In addition, most of the port traffic in California consists of asian imports aimed at big-box retailers that are far too dispersed to make sense traveling via rail.

I'd love to see an investment in restoring short line railroads in conjunction with some decent industrial/freight planning in places like West Oakland (urban consolidation centers, etc). but I wonder if short line rail doesn't make more sense in areas that are net exporters (i.e. agricultural areas) rather than importers.