It's a perfect irony that before the Oscar Grant killing, before the protests and riots and national news coverage, Oakland's politicians were in a tizzy that a potential HBO show about a former pimp living in Oakland could give the city a bad reputation. God forbid anyone associate Oakland with pimps and prostitutes! 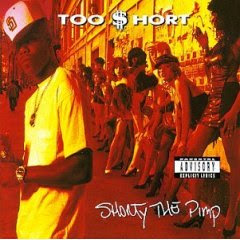 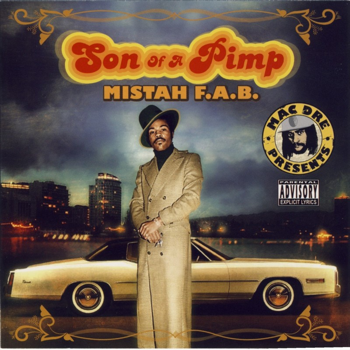 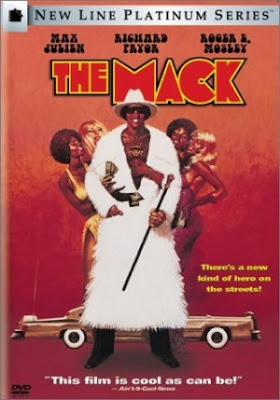 You'd think if Oakland's politicians really wanted to hide the fact that prostitution is a major city problem, they wouldn't have advertised its existence in the "Don't John in Oakland" campaign a few years back. Or is it that only Oakland politicians are allowed to talk about an issue befalling our city?

So um, yeah, prostitution is a big deal in Oakland. There are a lot of hookers here, as a daytime drive down International or West Grand will tell you. Prostitution is more of a city management, rather than city planning, issue, but there are always areas of overlap. In terms of land use, perhaps the biggest physical mark left by prostitution here is the hooker motel. 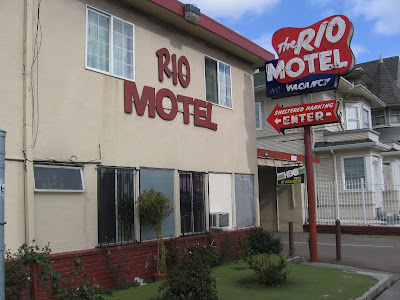 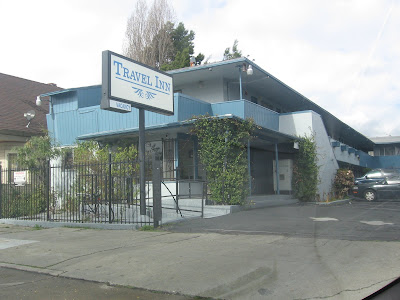 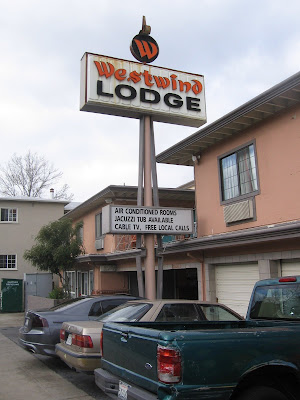 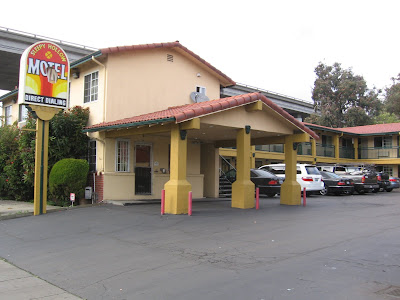 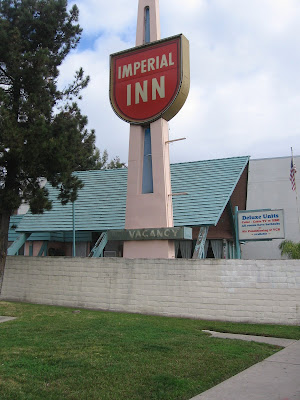 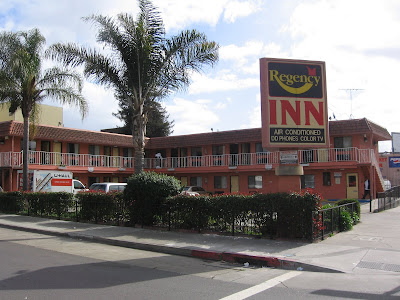 This one has color tv's!
I don't mean to suggest that these hotels are used exclusively by prostitutes. They're home to the working poor, the would-be homeless, and others at the bottom rung of society. (Not a lot of tourists, though.) It has often been noted that they usually cost more to live in long-term than a standard apartment. They do fill a void in the housing market, because they don't require large upfront payments, credit checks, or long-term rental agreements. But they are also storefront property for prostitutes plying their wares.

Prostitution is one of those things, like immigration and homelessness, that governments often just don't want to deal with. It's a messy issue, it's been around forever, and it promises no easy fixes. Further, it seems like many in city government are afraid that by acknowledging the problem one is contributing to it. Billboards directed towards people caught up in the pimping/prostitution underworld deserve kudos for at least breaking the code of silence. 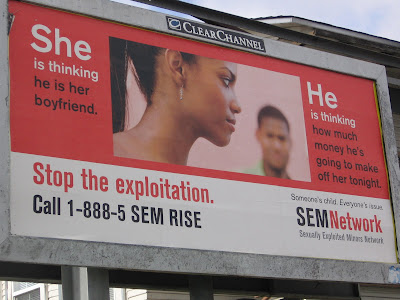 Still, I can't help but think that a billboard like this alarms ordinary citizens--and informs them that they're in a bad neighborhood--without providing much tangible benefit to exploited underage prostitutes. More effective is the physical presence of services and facilities in prostitution-heavy areas. One brilliant example is the Planned Parenthood Golden Gate branch on West Macarthur. 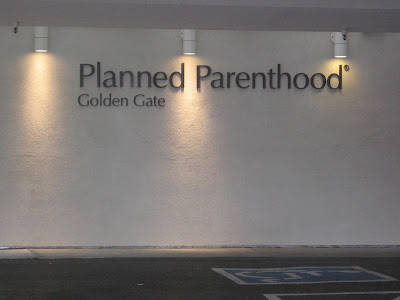 This facility is within 2 blocks of at least 8 different hooker motels (pictured above), providing information and resources to those who need it most. Unfortunately, because of the risk of anti-abortion bombers, the building must be tightly guarded, which has the effect of limiting access to local residents. Nevertheless, this is a clear example of addressing a problem directly through land use and siting. It's the kind of thing Oakland could use more of, if we weren't so worried about what a tv show might say about us.
Posted by Crimson at 9:00 AM

Thanks for this post. I've also seen a Planned Parenthood Golden Gate poster with two probable prostitutes pictured and the tagline "Planned Parentood is for everyone." So I think they make a real outreach effort.