Eyes on the Street

They say all politics is local, and local politics these days is all about crime. This last election had everyone outdoing each other with promises to hire more police officers. But speaking on an even more local scale--namely, my block--crime is pretty low on my list of priorities. It's just not something I worry about anymore.

It wasn't always this way. Four years ago, when I moved into the neighborhood with my girlfriend, we had all sorts of problems. A junkie often slept in his car across the street from our house, and crackheads seemed to wander down our street at all hours of the night. A bike was stolen out of our backyard, our house was broken into, and our car windows were smashed in, all in the first two years of living here. The next-door neighbor's house was also broken into. We lived with a pretty much constant fear of the next attack.

So what happened? We got more eyes on the street. Our house, which had been sitting empty for a year or two, suddenly had residents--namely, us--and gradually the junkies started to notice that the house was occupied. (I shudder to think of the uses our house may have endured before we moved in.) A while later, the house on the corner, which had been used as a business, reverted back to being a residence, which meant people coming and going at night and on the weekends. But the biggest factor of all was when the Altenheim, a senior living facility, finally reopened. 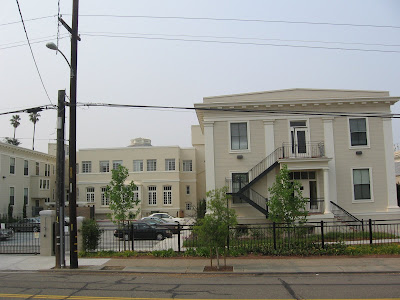 It's hard to believe, but with the old-age home open across the street, I feel safer than ever. This is no longer a place to go to do dirt, to get high or have blowout arguments with one's spouse (yes, that happened a lot too). There are people living here now, and would-be criminals feel the presence of all those "eyes on the street." It's not just the old folks in the Altenheim--it's their adult children coming to visit them, their friends and relatives stopping in at all hours of the day and night to check in. Even the presence of more cars on the street advertises the fact that someone might be around to see what you're doing, that this is not just a wasteland where anything goes. I should point out that it's not a matter of class--the Altenheim is for low-income senior citizens, and the cars parked outside aren't Benzes. It's just a matter of people. People just don't feel very comfortable committing crimes in front of other people. That's partly what the arguments about having more police are about--cops, after all, are a supersized set of eyes. But sometimes good planning can do more than any cop can. 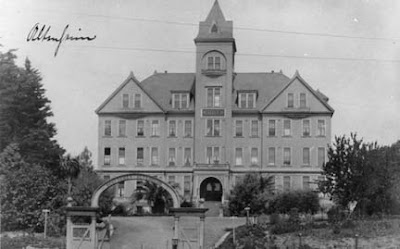