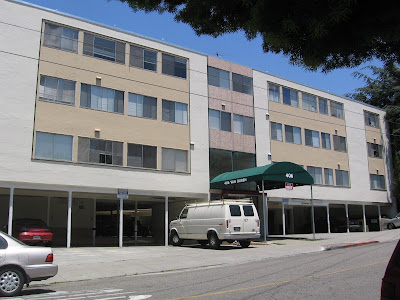 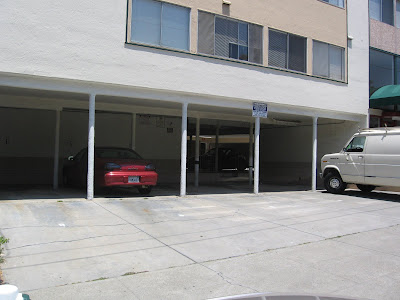 For all the zoning restrictions on buildings, I can't believe dingbats are still allowed to be built. Compare the building above to the one below: 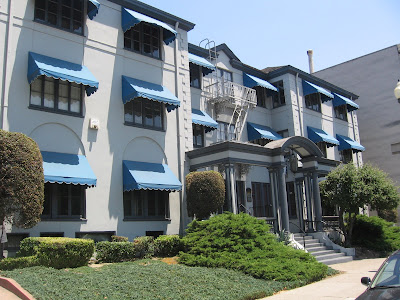 One of the main reasons why streets like Grand Ave. are so pedestrian-friendly is that the ground level of buildings are taken up with either dwellings or retail space. Nobody wants to walk past a big parking lot. If we have to live with cars as a society, we can at least do a better job of hiding them when we're not using them. 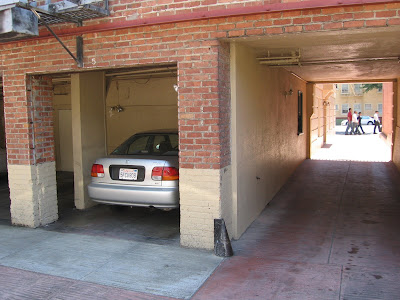 It might be a pain to park in a cramped lot behind a building, but that's a small price to pay for a public space that people might actually want to spend some time in. Besides, there's a good chance you won't have to drive as much if you live in a neighborhood cool enough to have hidden-behind-the-building parking lots.

By the way, it's just depressing how buildings seem to get uglier with each generation. Oakland has so many great buildings in part because they were built in an era before all aesthetic sensibilities were apparently thrown out the window. Perhaps we've finally hit rock bottom--the newer buildings I've seen have more subtle ways of dealing with parking. 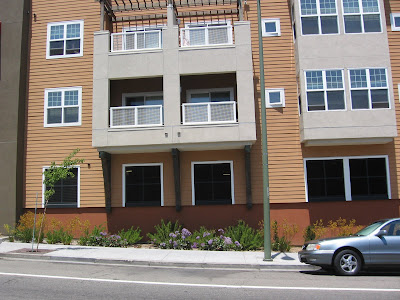 From across the street it's hard to tell that the ground floor of this building is a parking structure. It's more of a visual trick than a substantive change, but hey, it's a start.
Posted by Crimson at 2:43 PM

i love that the building you chose as a good representative is the building i saw the dentist in for, oh, 20 years. it so needs good tenants- it's all empty and weird inside.