A few months ago I read Suburban Nation, which lays out the problems associated with suburban sprawl and proposes a number of remedies. It lists the requirements of successful neighborhoods with the strictness of a Catholic schoolteacher: proper street layout, suggested mix of facility uses, preferred building-height to street-width ratios, etc. As I took photos of Piedmont Avenue, I realized that this neighborhood follows all the rules laid out in the book. And much as I was annoyed by the know-it-all tone of that book, I have to admit that the results are pretty impressive.

The streets are two-way, creating a nice flow of traffic both ways. (This is the first thing cities tend to "fix" when they try to improve their downtown areas, but as Suburban Nation argues, one-way streets hurt retail and restrict the circulation of the city.) They are short and narrow, making them pedestrian-friendly. They form "T" intersections at Piedmont Ave, which turns the street into a destination rather than a street to be driven past at high speeds. 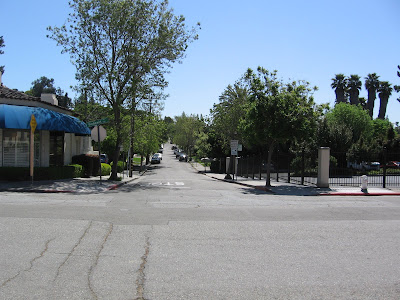 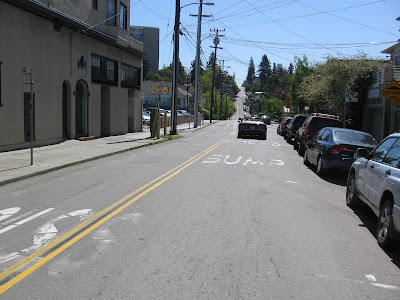 There's on-street parking, of course, but that's often not enough for this neighborhood. There's one good-sized parking lot, and it is wisely tucked away behind the buildings. It was hard for me to even take a good photo of the lot. 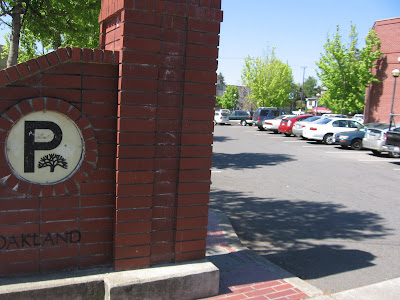 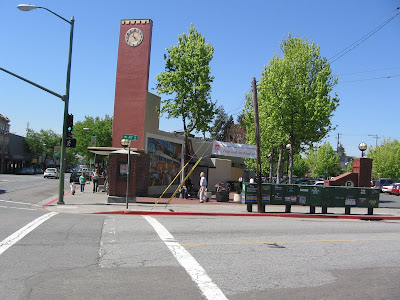 There is a nice diversity of housing, from 1920's-era single-family cottages (or as I think of them, the endgame in life) to big apartment complexes. 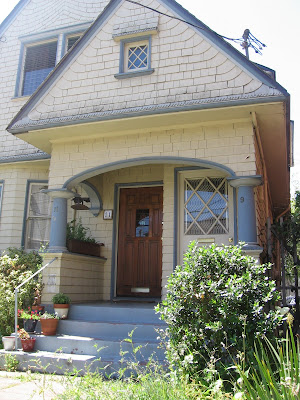 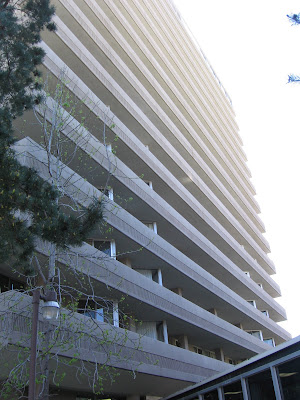 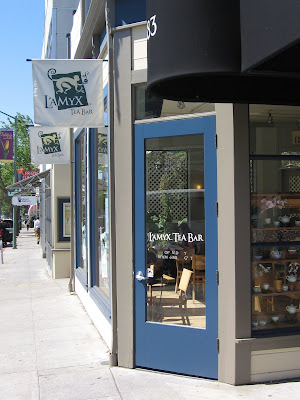 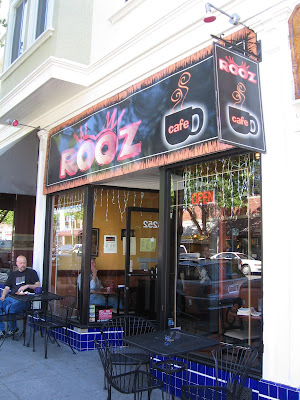 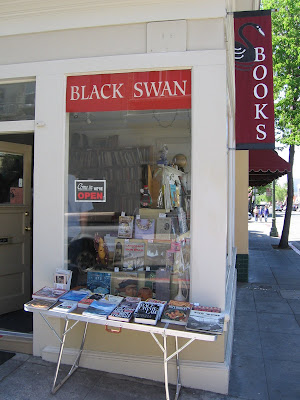 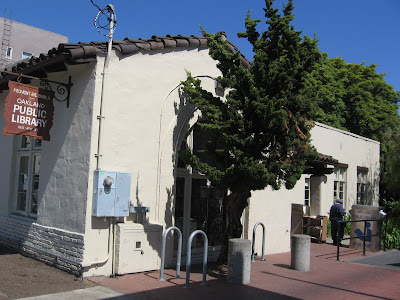 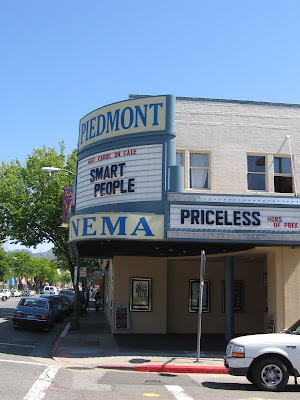 The one major flaw of Piedmont Ave is the Kaiser building. Since the parking lot entrance is on Howe Street, it turns a full block of Piedmont into dead space. (Couldn't they have at least let the ground floor be taken up by retail?) 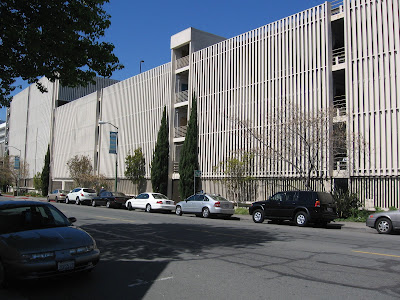 What's more, the entrance on Howe Street is a major missed opportunity for expanding the walkable public space of this district. Just think of all the secondary uses that could serve the patients and employees of such a large center. Fortunately, there are at least makeshift stands set up to capitalize on the steady flow of foot traffic into and out of the Kaiser building. 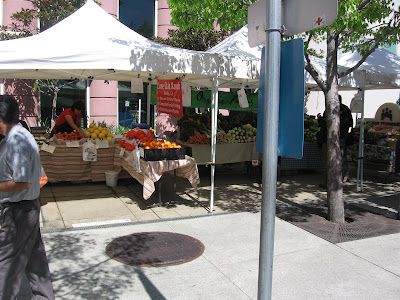 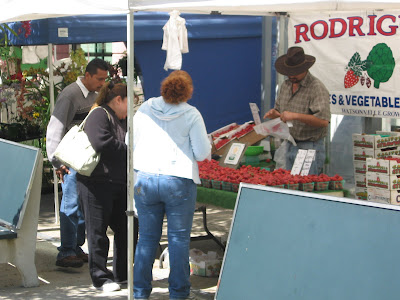 Interestingly, Piedmont Ave is not as accessible as many other neighborhoods, either by public transportation or by freeways. The freeway is a few minutes away, rather than running directly through the neighborhood (and thus possibly bisecting and destroying it). I'm not even sure what the closest BART stop is, but it's not walking distance. There often seems to be a chicken-or-egg argument in planning debates about whether walkable communities or accessible transit comes first. This district makes a strong case for the former. What's more, the tucked-away nature of this neighborhood gives it a private, intimate feeling. The bars are small affairs for the locals, rather than being big spaces with dancefloors and sound systems. It's not for everybody, but it contributes to the unique character of the neighborhood.

Diversity is the lifeblood of cities, and this area has it in spades. There's room for improvement, of course, but we should be learning from Piedmont Ave and trying to figure out how to extend this success to other parts of the town.
Posted by Crimson at 9:23 PM

Kaiser also has a BART shuttle. I think anybody can ride the non-employees one.

also - the BART is maybe 1 mile away = 20 minute walk thus the Ave. is walking from BART, it is also a nice walk to downtown... maybe 20 minutes as well.

Thank you for the comments. My point is that Piedmont Ave. is not exceptionally well-served by public transport and does well despite this fact. There are plenty of neighborhoods in Oakland within range of 3 or 4 bus lines and a BART station, but they don't have anywhere near the liveliness of this district. I'm all for increasing public transportation in Oakland, but I think it's interesting that it seems to not necessarily be a prerequisite to building successful neighborhoods.

We had been incredibly inspired to find this site. This is because this really is this educational write-up.