This is the retail strip at the intersection of Fruitvale and Macarthur. These pictures show some of what I was talking about in my last post. 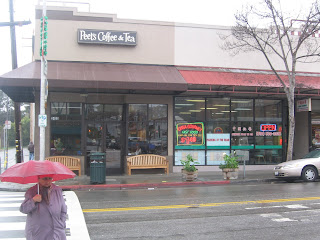 A new Peet's Coffee with outdoor benches sits next door to $1.50 Chinese food. This Peet's did the neighborhood the favor of taking out one of those God-awful murals. A run-down bookstore used to be here.
There are two grocery stores about 300 yards apart from each other: Safeway and Farmer Joe's. The Safeway has a police substation and a lot of people paying with EBT. The Farmer Joe's has a smoothie bar and half-gallons of Orange Juice for $7.50. 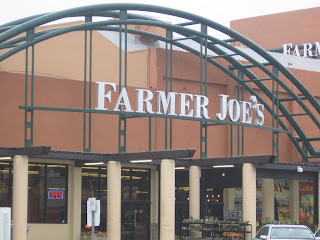 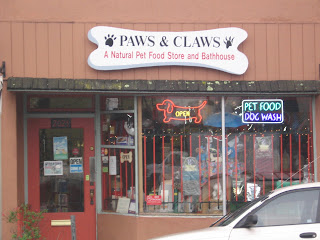 La Farine, the high-end bakery. I can't front, this place is awesome. The Payless imprint is still visible above the store. 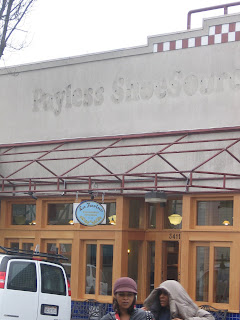 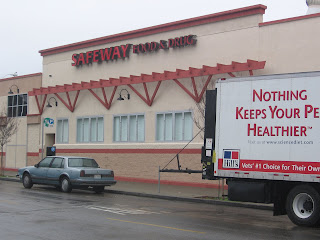 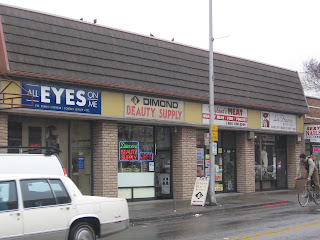 This is Mel's, the place that is rumored to be converting into a sushi restaurant. This place sucks. 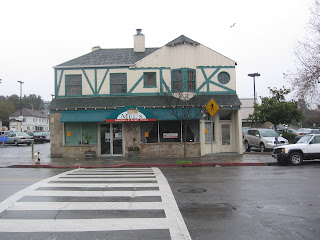 The places on this strip give new meaning to the phrase "dive bar." 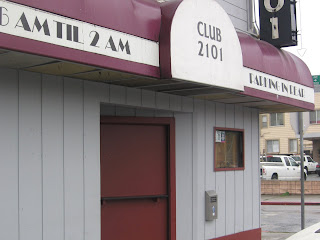 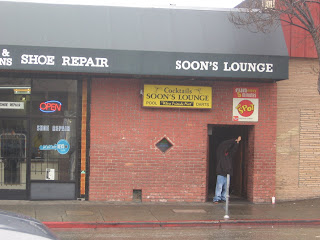 The Ugly
The strip has more than its share of vacant space. This building used to be a Blockbuster, before Netflix and OnDemand took over. 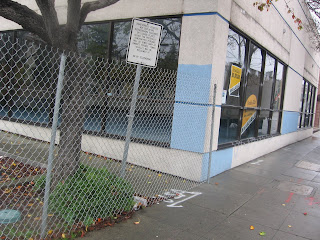 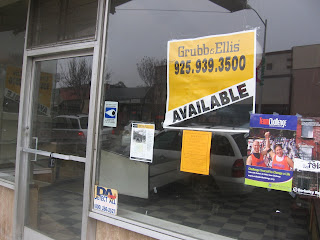 This place also used to be a terrible video store, Odyssey video. Then it was a suspicious storefront that said "Home Decor" for several months. The grand opening was always being postponed. In the end, it never opened, and now the space is available again. I suspect it was being used as a front for illegal activity. 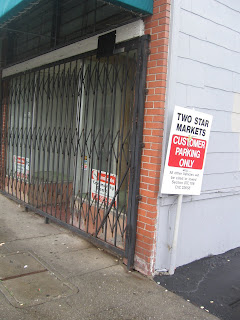 The In-Between
Two anchors of the community. VIP barbershop serves the black community. Taqueria Los Comales (or TLC, as I call it) is for everyone--rich people, poor people, white, black, Mexican. There's often a line out the door. Everyone needs a cheap burrito. 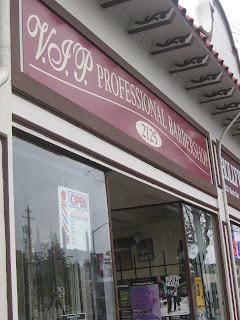 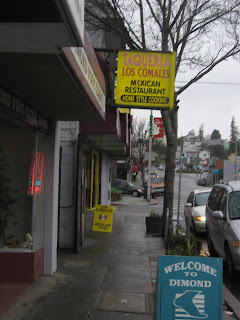 The strip is bounded by the hills at one end of Fruitvale, the 580 freeway at the other end, and an asphalt sea one block up on Macarthur. Businesses pop up east on Macarthur a little bit, but don't really come together to form a strip until the start of the Laurel District, on 35th and Macarthur. 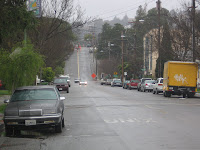 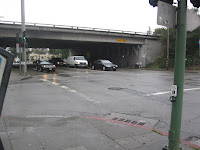 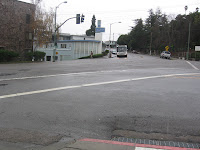 Conclusion: It's true, this strip leaves a lot to be desired. There are a lot of generic, low-traffic stores that somehow manage to stay in business, year after year. It's definitely in need of renewal, and part of me thinks that if a high-end boutique can do it, so be it. Still, I wish there were more new establishments like the barbershop or TLC. Also: this strip needs a Jamba Juice.
With all the high-school kids waiting for the bus at that intersection, it would bring in a lot of business, and it would create an alternative to the MacDonald's further up on Macarthur.

In terms of design issues, there's nothing so bad about it. Lots of small shops are a good thing, it's just that the particular shops here aren't too good. There are two small stores--the liquor store and the closed Blockbuster building--with their own parking, which was probably a zoning requirement. The Blockbuster parking could be replaced with infill (street-level stores and upper level apartments, maybe), which would help enclose the street better. Parking is rarely an issue here, and even when the Blockbuster was open, the lot was never more than half full.

MC Hammer proposed to his wife in this restaurant. 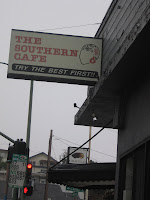 Or it will exactly the same when future generations visit (which is totally possible).

the pics are interesting but whoever took them is a total yuppie loser. future generations will be misled by this crap.